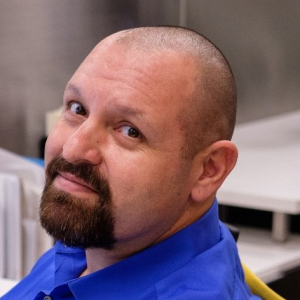 You may hear people use the term “Stepped-Up Basis” that many believe is a tax provision that allows beneficiaries of an inheritance to reduce or even avoid taxes when and if they sell inherited property.

The example demonstrates the value of a beneficiary receiving a “stepped-up” basis.  However, the actual term used in tax law is that the beneficiary receives the FMV at the date of the decedent’s death, so it is not always a stepped-up basis; there could be a step down in basis.

Another tax benefit of an inheritance is that a gain from the sale of inherited property is treated as being held long-term and gets the benefit from the lower long-term capital gain tax rates even though the property is not held by the beneficiary over one year.

Spousal Inheritances – Where spouses jointly own property a surviving spouse will sometimes only inherit half of the property since they already owned half, and thus only receive a basis adjustment on the inherited portion of a property. However, where the spouses live in a community property state, and the property is held as community property, the surviving spouse will get a basis reset to the FMV of the property for both the deceased spouse’s half they inherited and their own half.

Gifting Prior to Death – Another issue is that some individuals choose to gift property prior to death. This is commonly encountered by elderly parents gifting a home or rental to their children. When an individual receives a gift of property, the individual’s basis becomes the same basis as the giver’s basis. Therefore, there is no step-up in basis as previously discussed. So, unless there is some other underlying issue, generally it is not a good idea tax wise to make large gifts of property.

Example: Mom is in her 80s and her home, which she purchased for $100,000, has a current value of $300,000. She gifts the home to her only child, Joe, while she is still living. For gifts the gift recipient’s basis becomes the giver’s basis, and in Mom’s case her basis was $100,000 which becomes Joe’s basis. As a result of the gift Joe has a $200,000 built in gain when and if he sells the home. If Joe had inherited his Mom’s home, his basis would have been $300,000 plus any additional appreciation before her death.