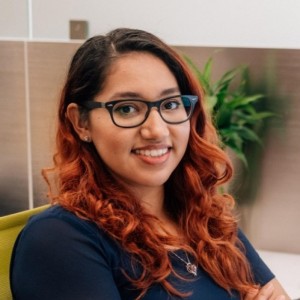 All United States entities (including citizens and resident aliens as well as corporations, partnerships, and trusts) with financial interests in or authority over one or more foreign financial accounts (e.g., bank accounts and securities) need to report these relationships to the U.S. Treasury if the aggregate value of those accounts exceeds $10,000 at any time during the year. Failure to file the required forms can result in severe penalties.

The U.S. government wants this information for a couple of pretty obvious reasons. One, foreign financial institutions may not have the same reporting requirements as U.S.-based financial institutions. For example, they probably won’t issue the 1099 forms to report interest, dividends and sales of stock. By requiring those in the U.S. to divulge their foreign account holdings, the IRS can more easily cross-check to see if foreign income is being reported on the individual’s tax return. The second (and probably more significant) reason is that the information in the report can be used to identify or trace funds used for illegal purposes or to identify unreported income maintained or generated overseas.

Due Date and Extension – For 2019, the due date for filing this report was April 15, 2020, but the government grants an automatic extension to October 15, 2020 for those who didn’t file by April 15. This filing, the Report of Foreign Bank and Financial Accounts (FBAR), is not made with the IRS; rather, it involves completing Bank Secrecy Act forms and filing them electronically through the U.S. Treasury’s Financial Crimes Enforcement Network.

Financial Account – The term “financial account” includes securities; brokerage, savings, checking, deposit and time deposit accounts; commodity futures and options; mutual funds and even nonmonetary assets (e.g., gold). Such an account is classified as “foreign” if the financial institution that holds it is located in a foreign country. Shares of a foreign stock or of a mutual fund that invests in foreign stocks are not considered foreign if they are held in an account at a U.S. financial institution or brokerage, so they do not need to be reported under the FBAR rules. In addition, an account maintained at a branch of a foreign bank is not considered a foreign financial account if the branch is physically located in the U.S.

Additional Filing Requirements – You may also have to file IRS Form 8938, which is similar to the FBAR but applies to a wider range of foreign assets and has a higher dollar threshold. This form is filed with your income tax return. If you are married and filing jointly, you must file Form 8938 if the value of your foreign financial assets exceeds $100,000 at the end of the year or $150,000 at any time during the year. If you live abroad, these thresholds are $400,000 and $600,000, respectively. For other filing statuses, the thresholds are half of the amounts above. The penalty for failing to file Form 8938 is $10,000 per year; if the failure continues for more than 90 days after the IRS provides notice of your failure to file, the penalty can be as high $50,000.

As you can see, failure to comply with the foreign-account reporting requirements can lead to very severe repercussions. Please call this office if you have questions or need assistance meeting your foreign account reporting obligations.